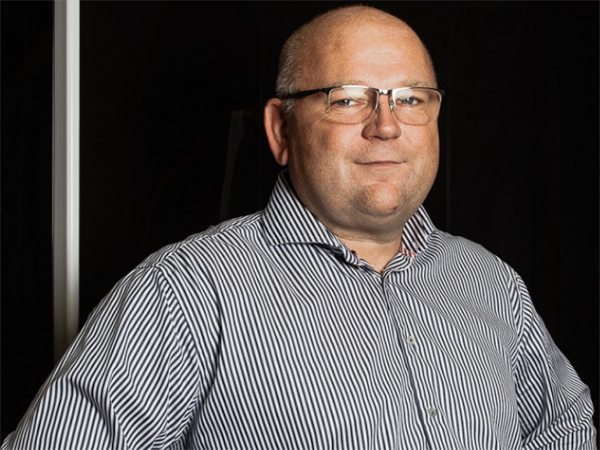 Recently, an article appeared on the Tech Valley website about Quest and its founder Richard Meester. The article talks about his background, the creation of the Quest companies, the innovative developments and collaboration from Tech Valley.

Source: article as published on the Tech Valley-website, September 2020

Started up in an attic room, Quest Medical Imaging, together with Quest Innovations, has grown into the Quest Group in Middenmeer. That little attic room was traded in a long time ago for a huge 1,200 square metre space and even that is starting to get too small. Founder and CEO Richard Meester is not expecting the growth to stagnate any time soon. Tech Valley is playing an important part in that. Quest develops and produces industrial multi-spectral cameras and associated software for, among other purposes, the medical sector. But 23 years ago, Richard Meester started out as a programmer. “Around 2000, there was a huge demand for it and so, slowly but surely, I was able to hire more people. Until the crisis in 2004. That is when things got a lot more challenging. Using every last cent of a final 5,000 euro loan, we managed to stick it out to get a licence deal negotiated with an American company, for a chip that we had developed. That turned out to be a golden move. From there, the company was able to progress.”

Initially, Quest focused primarily on ICT services and ‘embedded’ system projects, but this step put it well and truly on the road towards producing its own products. Richard explains: “In 2006, we developed a combination of camera and measuring system in one, especially for robotics. A robot with eyes can do things that would normally require a person. In that period, I came in contact with people in the medical sector who were in need of very accurate cameras for use during surgery.”

That combination of demand and supply grew into Quest Medical Imaging, the branch that is fully focused on innovations in the field of invasive surgery. With Quest’s cameras, the body can be viewed at a level of detail that is simply invisible to the naked eye. Meanwhile, Quest Innovations focuses on the development and production of camera technology outside of the medical sector. Think, for example, of drones, agricultural purposes, and the food industry. Richard: “We make cameras with different frequencies. That allow you to see through things. For example, if you look at a glass of cola, you won’t see anything. But if you shine an infrared light on it and look at the infrared area, suddenly it becomes transparent like water.” This technique can be used, for example, from the sky, to get a good view of vegetation. In the human body, it is used to look at arteries, circulation in tissue and to see a tumour or metastases.

“With Quest’s cameras, the body can be viewed at a level of detail that is simply invisible to the naked eye.”

Quest is always looking at the wishes of the stakeholders. “How can we improve things for them?” Richard wonders aloud. “For doctors, for example, it can be difficult to find arteries to administer chemo. One of the first questions we were asked was whether there wasn’t anything we could do to make those arteries easier to see. But in connection with that, the question of doing the same thing for tumours also arose. That can be done, using special contrast medium and cameras with a specific frequency. That contrast medium binds to the tissue like tiny lanterns. If you shine a laser on it, that area lights up. In a way, it allows you to switch the light on and off in the tumour, making very precise incisions possible. This method can even make metastases visible that can’t be seen on a CT scan.”

At this point, Quest has developed six products that use contrast medium and matching cameras. These are long processes, in which fundamental research is followed-up with patient trials before the product goes to market. Meanwhile, the company continues to work on the next big thing: artificial intelligence. Richard: “With everything we do, we ask ourselves what we can learn from what we see. If the camera itself can recognise what tissue is part of the tumour, what is an artery, or what is fatty tissue, you can work ever more safely and more accurate. We now have trained artificial intelligence to recognise cancer cells, no contrast medium required. Pathology studies into a liver tumour have confirmed that. The advantage of this type of developments is that even during a surgery, you already know what type of cells you’re dealing with. You don’t have to wait for lab results.”

Although Quest is more than Quest Medical Imaging, in recent years that branch has been the majority focus. “That is, among other factors, due to the high development costs of our cameras. Budgets in industrial sectors simply don’t stretch far enough, but in the medical sector they do. In addition, we were able to grow through crowdfunding and have made our company public on the NPEX stock exchange for financing purposes, which is fairly exceptional for a tech company. The medical aspect appeals to the public and investors alike, which enables us to finance trials. In time, we may also be able to utilise the innovations in other sectors.”

That will require a reduction in production costs, including by increasing our own production. Richard: “We don’t produce anything that we could easily have mass produced by others. But all critical and unique components, we make ourselves. That is something in which we refuse to be limited by what others can supply. One of the reasons that we affiliated ourselves with Tech Valley is to be able to produce more at lower costs. Within Tech Valley, we were able to develop a production machine, among other things.” Also, Quest appreciates the value of Tech Valley as a network. “We use the expertise of others to make those machines and exchange our vision on production between affiliated parties. Furthermore, we bring in knowledge about predictive maintenance and artificial intelligence. And other companies profit from that in turn.”

Quest is working on a construction permit for a 2000 m2 site, to be built not far from the current location in Middenmeer. Richard: “And then we have our own offices in France and America. Soon we will get started in Germany.” For the time being, Quest is not yet done growing. With the sights set practically to infinity, the company from Middenmeer is certain to provide many more sensational innovations.